In this sugya we focus on the parameters of Z'man Tefilah. The well-known Mishnayos in Brachos detail the specific z'manim when one must begin davening, and when the time expires. However, there remains the question amongst the poskim regarding the correct behavior if one calculates that he won't finish Shemoneh Esreh until after the zman.Should one assume that he has missed the zman, and he should make up the Tefillah by davening the next Tefillah twice, or should he perhaps say Hevinainu (an abridged version of Shemone Esreh) instead? What if Chazzaras Hashatz will be said after the z'man? May the Shatz continue the regular Tefillah, or should he say a "Hoiche Kedusha" instead?This sugya ties in to Parshas Balak, where there is a discussion as to Bilam utilizing his knowledge of z'manim when determining the best time to curse Klal Yisroel. Tosfos in several places says that once Bilam started his curses, he was able to continue even though the opportune time had expired. Some Poskim discuss if the same holds true with Tefilah as well. 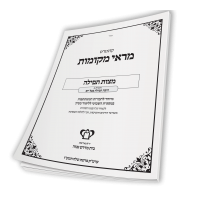 Analyzes the source of the mitzvah of Tefillah and discusses whether it is Min Hatorah or M'drabanan.. 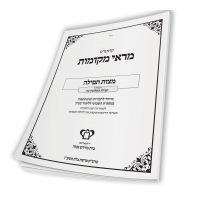 Details of Tefilas TashluminDiscusses the Halachic principle of “Tashlumin”, allowing one to ma.. 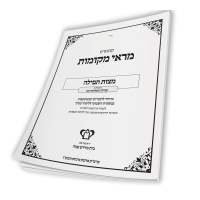 This choveres continues our discussion on the Halachic principle of “Tashlumei Tefilla”. Specif..